Sincerely Not Yours - Hester Scheurwater

What happens when a woman takes on the role of representing herself and other women? The debate surrounding female self-representation has arguably become edulcorated. The notion of the “female gaze” and the practice of “porna” produce arrays of images that more often than not appear sweet and politically correct: A woman should not be seen as enjoying subjection or sexual objectification. There should be no room in her fantasy for traditional gender roles as that would show she is not emancipated enough. To liberate oneself as a woman from the oppressive so-called “male gaze” has now become the new moral imperative. In a paradoxical twist, emancipation has become a duty.

But when what was once taboo becomes the new normal, going back to tradition is sometimes a way to break free. Old methods of subjection acquire a critical function. Fantasizing a behaviour transgressive of mainstream norms amounts to an act of selfdetermination. For a woman should remain sole owner of her world and body. 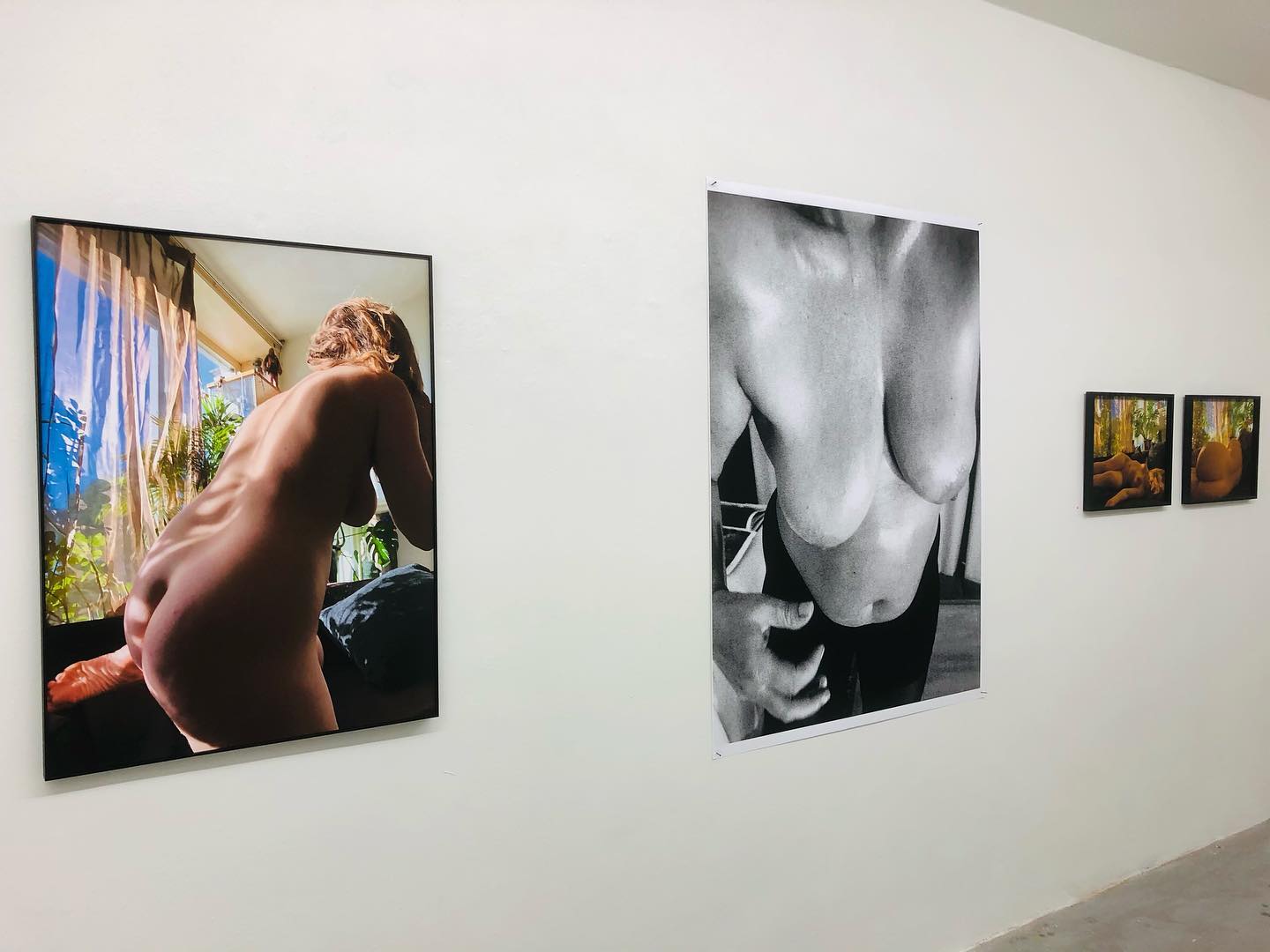 With her latest project Sincerely Not Yours, Dutch artist Hester Scheurwater strikes back (again) –the ironic twist of the famous closing formula functioning as the artist’s response to the unwanted attention she had received as a result of her previous work Shooting Back. She now not only took her work on social media but on the streets of her hometown and elsewhere thanks to postcards sent to every corner of the world.

Sincerely Not Yours started from the wish to show the female body as it is, in all its diversity. For the series, Scheurwater published a call for women to come to her studio and get photographed in the nude. The photographs were then printed on stickers and pasted on the streets of Rotterdam. The placement of these images of the female body –sometimes scarred by cancer surgery and life—were territorial acts of reclaiming public space for women of all paths of life and body shapes. 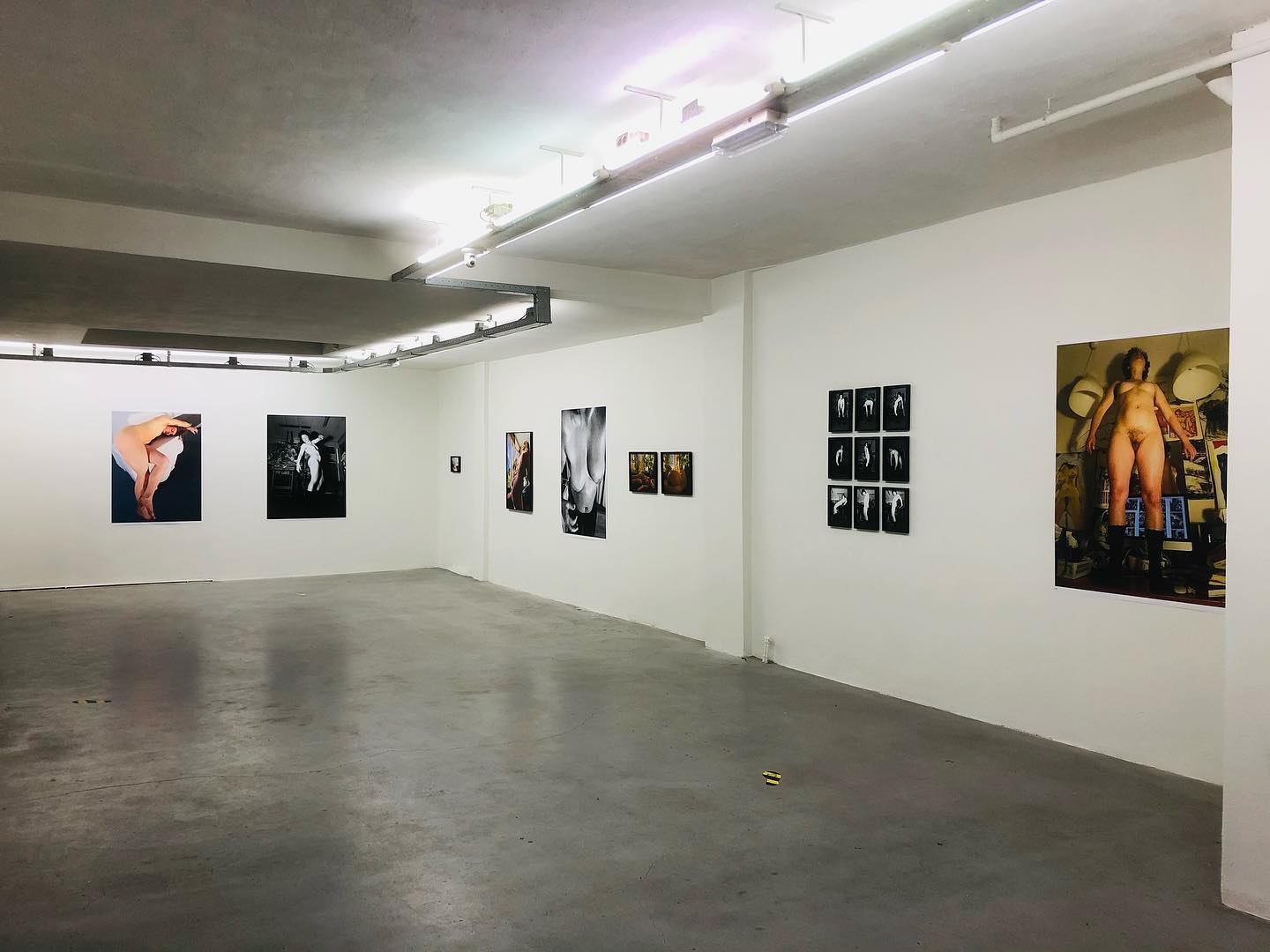 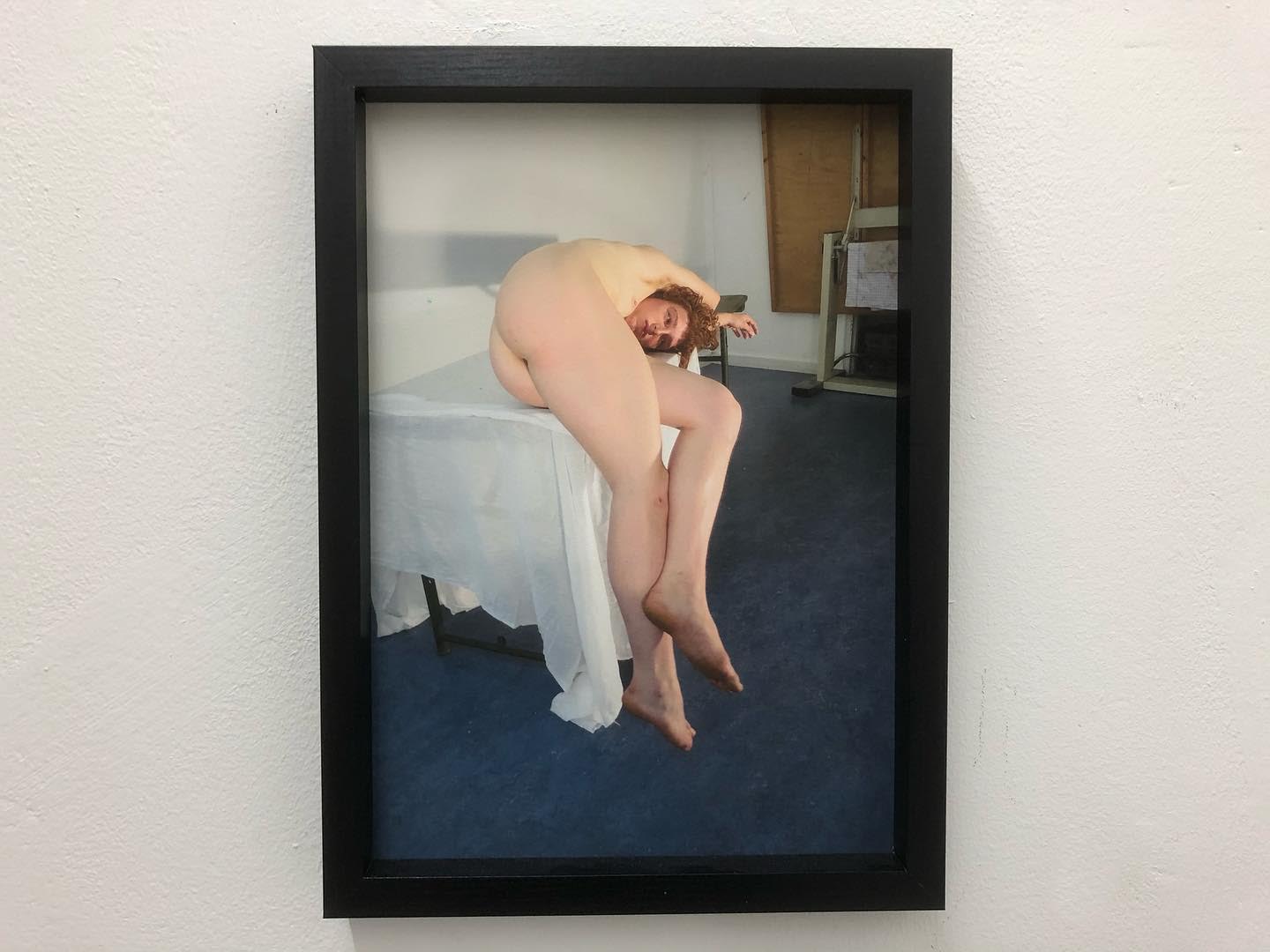 In the frame of an image culture dominated by commercial realism, the stickers offered an alternative to the inexistent perfection of bodies photoshopped to the extreme for easy consumption. As such Sincerely Not Yours sought to set the record straight and broaden the scope of what is usually understood as being a beautiful female body. It also blurred the boundaries between the private and the public realm and turned the city inside out by exposing in public space what’s going on behind closed doors.

Scheurwater’s first series was Annabel, named after its model. Annabel was meant to become a tongue-in-cheek contemporary version of the illustrated manual De volmaakte vrouw first published in English as Sex Efficiency Through Exercises – Special Physical Culture for Women in 1932. In this book, Dutch gynaecologist Theodor Hendrik van de Velde proposed physical exercises for women to “mate, give birth and get back in shape afterwards.” A cult publication in light of its ambiguous purpose (is it porn or physical education?), it inspired Scheurwater to explore the limits of the nude as a photographic genre. More monographic series followed Noemi, A., B., Vera, N and A. each of them with a different feel and focus. They are mostly inspired by the models’ wishes and the specificity of their bodies. Some women preferred to stay anonymous, others wished to emulate Scheurwater’s own self-portraits. Again, others simply wanted to be photographed as a gesture of self-acceptance in defiance of mainstream standards of physical wholesomeness. Considered too big, too androgynous, or too imperfect, they would usually self-censor and avoid representation at all. This time, they would sometimes travel from far away for Scheurwater to give them a voice with her photographs. 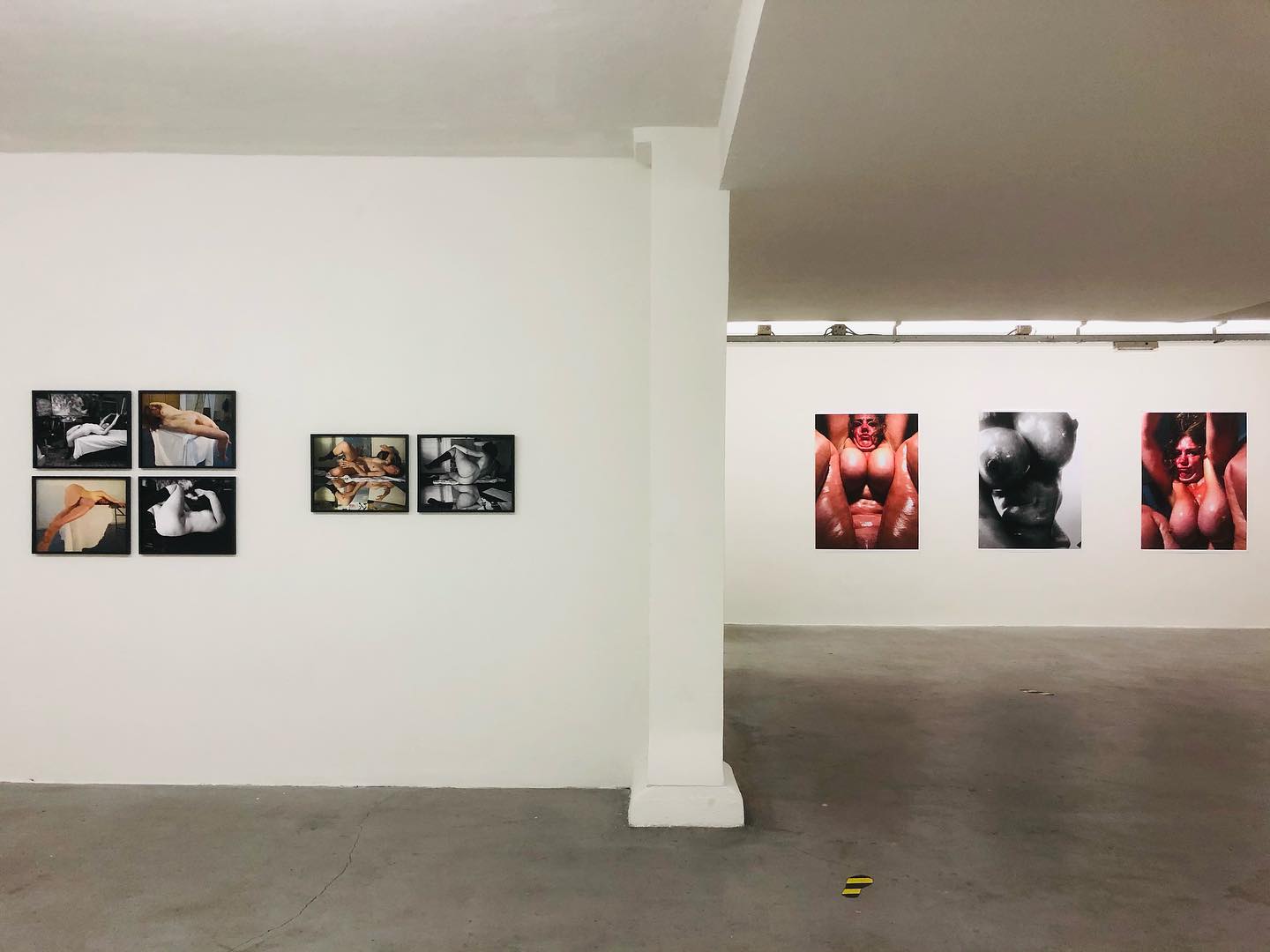 Despite their documentary nature, many pictures from the project Sincerely Not Yours may remind one of the history of photography with names such as Gerard Fieret, Man Ray and Serge Nazarieff springing to mind. Scheurwater’s fascination for images that defy easy categorization informed the initial reference to van de Velde’s exploration of the intersection of sex and physical exercise in her series Annabel. It comes back in subsequent work in which classical photographic references seem to elevate the images from Sincerely Not Yours to a veiled homage to the history of Scheurswater’s primary medium of expression.

The photographer had inadvertently appropriated the thousands of images that had shaped her visual unconscious and which, more often than not, had been made by men. A response was needed to their formal classicism and inherent patriarchal symbolism. Scheurwater decided to learn from her own work as well as from decidedly controversial publications such as the 1970s radical feminist and pornographic magazine, Suck.

Her latest series of self-portraits shows the photographer’s body from a perspective never seen before. Her oiled body parts squeezed to fit the frame, morbidly hanging on top of the camera lens to appear as formless chunks of flesh, her face dazed and confused. These images present an unlikely mix of references from feeders’ culture to fetish lubrication and grotesque pantomime. They still are way more sensuous than, say, Cindy Sherman’s foray into abject imagery. Scheurwater printed them on postcards and wrote “Sincerely not yours” across the image. She then sent them to anyone who’d like to receive them from Spain to Japan and Taipei. She seemed to be saying: “This is my body, my life and my art. No matter what others say!” She is claiming agency as an artist and a woman. She shoots back – once again.

We will not share your name or email with third parties and of course you can unsubscribe at any time.